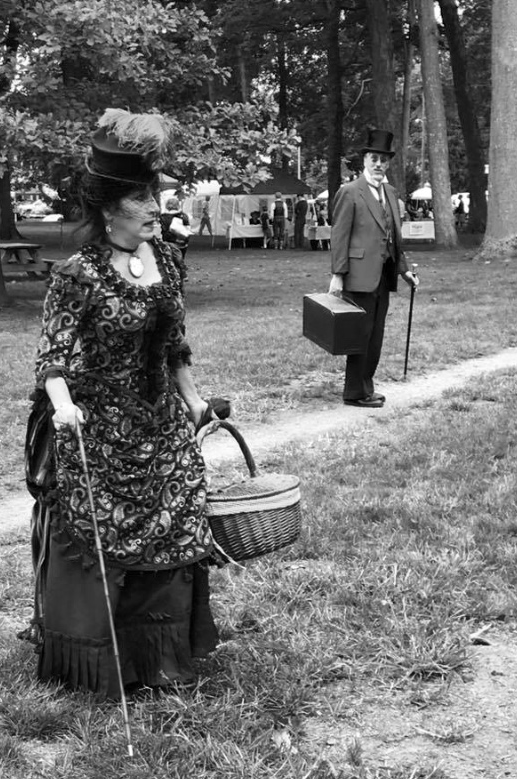 “Come on Sweetheart, it is this way to the auction…”

Harvard was established in 1636 by vote of the Great and General Court of the Massachusetts Bay Colony. Only seven years later, it created the first endowed scholarship, established with a generous donation from Lady Anne Radcliffe Mowlson. The trend became popular and many wealthy families began establishing scholarships as a way to honor their family or remember a loved one.

This annual festival has a long-standing tradition of holding an auction in support of scholarships for graduating high school seniors who go on to further their education. Belvidere Heritage, a non-profit established with a keen focus on educating the area’s history, took over the management of Victorian Days in 2018, and the continuation of providing scholarships became a high priority. 19th Century history is front and center as Belvidere, NJ, was incorporated in 1845, right in the middle of the Victorian era.

The auction comes together with donations of product, antiques, gift cards, themed baskets, etc. We encourage donors to be creative with their basket theme and presentation. Previously, we were able to give out $3,500 in scholarships, and we hope to increase that amount each year.

Belvidere Heritage Day 2021 will not include this event, but we hope this will be restored in the years to come.